Millions of people suffering from tooth loss have already benefited from dental implant restorations. With its help, people were once again able to enjoy the food they love and felt less self-conscious when showing off their teeth. Although dentures can also achieve this feat, some factors set dental implants apart. For one, it is the use of titanium implant posts that serves to replace the lost tooth roots, at the same time, act as anchors to hold prostheses securely in place. 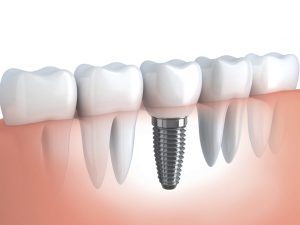 The first-ever dental implant was installed into a person’s jaw in the year 1965, but did you know that this approach was already practiced as far back as 4,000 years ago? Find out how it all started with the most popular dental restoration today! We at Diamond Dental prepared a brief history of dental implants below, read on.

The Ancient History of Dental Implants

Since then, researchers experimented using different types of materials, including gold and alloys; however, they presented poor results. The issue most experts encounter is that the body and bone tend to reject foreign bodies. And for a successful dental implant, the restoration used should fuse with the bone—a process referred to as osseointegration.

Who would have thought that the experiments of curious people since ancient times became one of the most go-to solutions to tooth loss nowadays? Thanks to the continuous improvements in oral care Dental Implants in Newtown, CT can provide patients with a reliable, convenient, comfortable, and natural-looking teeth restorations. If you are interested in this procedure, call or visit us at Diamond Dental!